Liverpool wrapped up an impressive 2018 with a thumping 5-1 victory over Arsenal to make it nine straight wins in the Premier League thanks to a Roberto Firmino hat-trick.  With Manchester City losing three of their last five games, Jürgen Klopp’s men find themselves seven points clear of their rivals, as both teams prepare to face-off at the Etihad.

Still undefeated in the league, and escaping a Champions League group of death, at the death, Liverpool have set themselves up for another big year.  But can they win the Premier League for the first time since its inception and earn their first topflight league title since 1990?

With only eight goals conceded in the Premier League, Liverpool’s miserly defence has conceded half as many goals as the next best defensive records shared by Man City and Chelsea (16).  Virgil van Dijk has been at the heart of the Reds transition to becoming a bona fide title contender.

Alisson has also provided an upgrade in goal, whilst Mohamed Salah has continued to lead the attack.  The Egyptian king is joint top goalscorer in the Premier League with 13 goals alongside Harry Kane and Pierre-Emerick Aubameyang, whilst only Eden Hazard (9) and Ryan Fraser (8) have more assists than Liverpool’s main man.

If Klopps’ men can avoid defeat at the Etihad, Liverpool will be firm favourites to end their 28-year wait to be crowned champions of England.

See which Liverpool players made it into JD Football’s Premier League Best XI below.

The Best Premier League XI of 2018 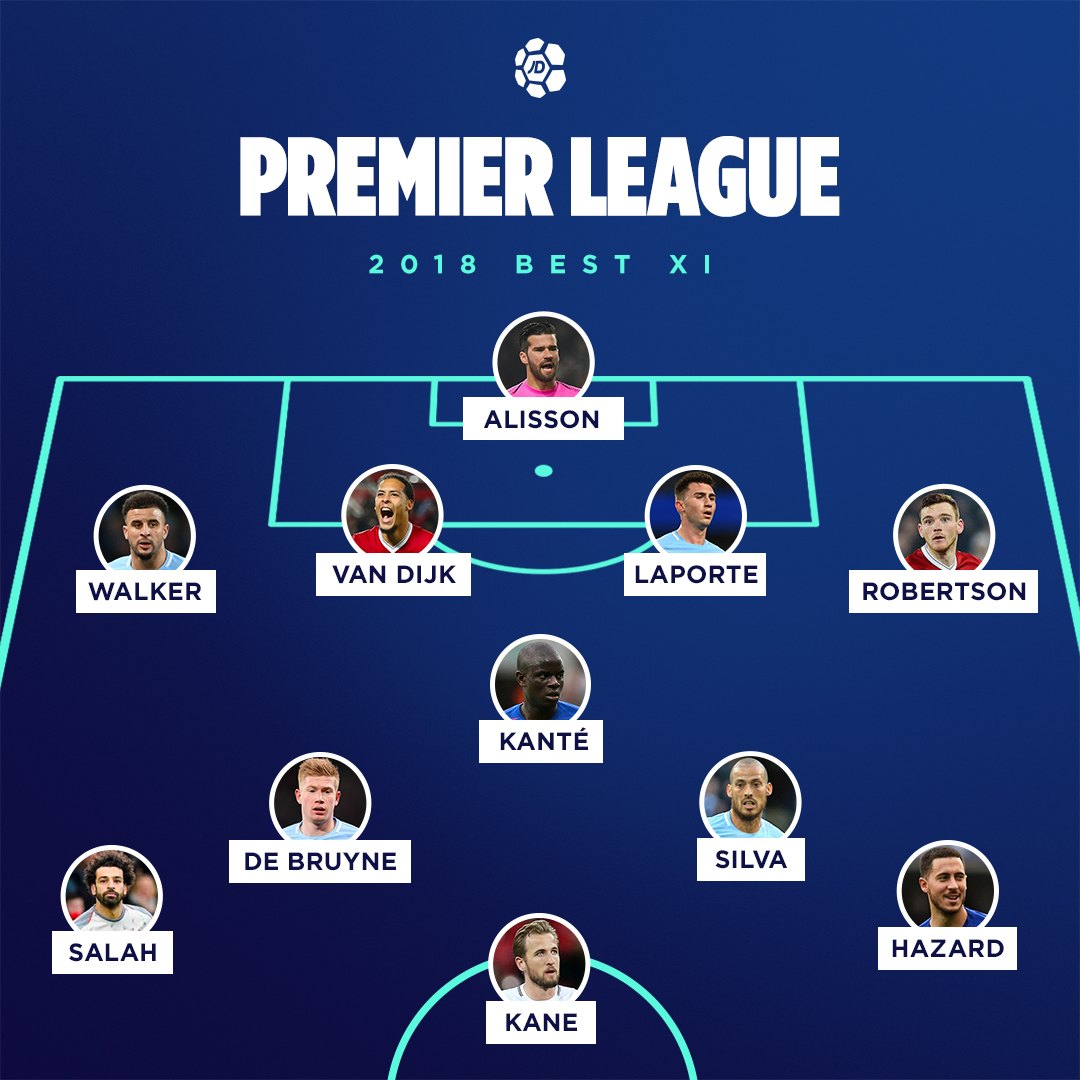